Tennessee Volunteers Football Roundup: Everything You Need To Know At Midseason 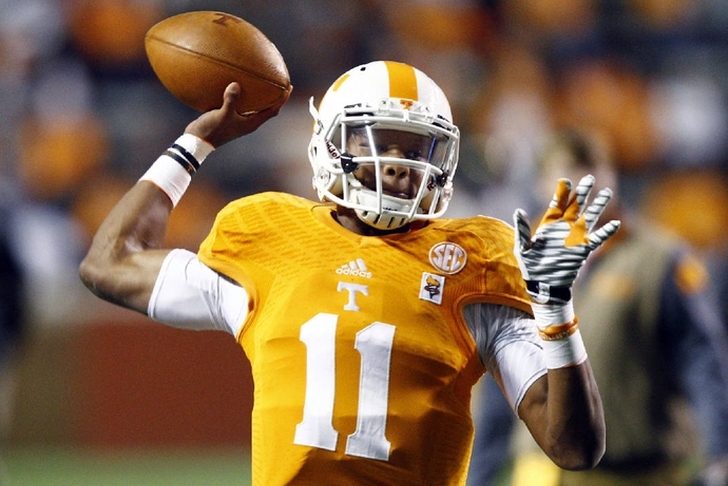 The Tennessee Volunteers (3-3, 1-2) head into Saturday's pivotal SEC clash with the #8 Alabama Crimson Tide with the chance to pick up a defining win for what has been an inconsistent season so far. We're here to get you all caught up on Vols news, rumors & recruiting before this weekend's massive showdown with our Tennessee Volunteers Football Roundup: Everything You Need To Know At Midseason.

The Alabama Crimson Tide don't seem to be particularly worried about Dobbs as a traditional passers, but they are doing their best to prep for his bruising running style in practice.

"Running the scout team offense for Alabama Monday was Jamey Mosley, brother of former All-American linebacker C.J. Mosley," per a FOX Sports report. "Although the younger Mosley played quarterback in high school, it's hard to imagine he is anything near the passer Dobbs was in Tennessee's latest game against Georgia."

If the Vols are going to upset Alabama, Dobbs is going to have to go against Alabama's preparation and pick the Tide secondary apart from the secondary. The Tide may not be planning for it, but it'll be up to Dobbs to hit his three-step and five-step drops with efficiency behind a offensive line besieged by injuries.

Speaking of Tennessee's injured offensive line, Vols head coach Butch Jones told reporters that his squad's current injury ledger would rival that of any other college football program in the country.

Vols Leading For Nation's #5 All-Purpose Back

Four-star Cedar Hill (TX) running back Kaegun Williams has received verbal offers from Tennessee, SMU, Tulsa and Kansas so far. Of those four, the Vols stick out as the "biggest offer" on the table.

"SEC. Their huge stadium and their fan base," Williams said of Tennessee. "Biggest offer. The coaches keep up with me. I basically get a (message) from them every day." Williams is currently ranked as the #5 all-purpose back in the Class of 2017 by 247Sports.