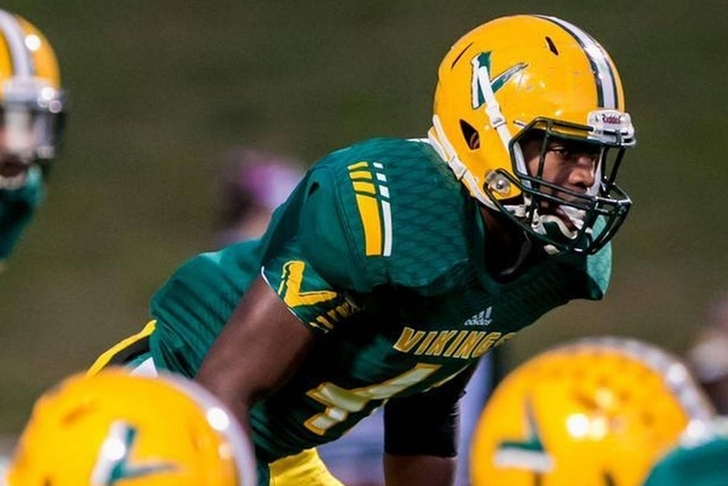 The Tennessee Volunteers are in the midst of spring practice, but that hasn't done anything to stop their momentum on the recruiting trail. In fact, Butch Jones and the rest of the staff have actually ramped up their efforts and offered several recruits scholarships in the last week. Here are all the latest Tennessee recruiting news and rumors you need to know.

3-Star Azeez Ojulari High On Vols
Tennessee offered 3-star DE Azeez Ojulari on April 5th and it appears he's high on the Vols. 247Sports spoke with Ojulari after the Vols offer came in.

"I like them a lot," Ojulari said. "It’s football in the SEC, a great school. They’ve really just start chatting me up a little bit. They’ve been working my film, watching my film and they offered."

Ojulari said he plans on making a visit to Knoxville, but doesn't know when. Ojulari is listed as the No. 368 overall player in the 247Sports composite rankings, but No. 171 in the 247Sports rankings. The Georgia product has plenty of offers, including the likes of Alabama, Auburn, Notre Dame, Oklahoma and South Carolina.

Tennessee Offers 4-Star LB
The most notable of the recent scholarship offers is four-star LB Channing Tindall. The No. 290 overall recruit picked up the offer Thursday.

In awe of everything God is doing in my life! Thankful to receive an offer from the University of Tennessee #GoVols pic.twitter.com/8m5OSV5UCk

Tindall hails from South Carolina, where he's the No. 4 player in the state. He holds plenty of offers, with South Carolina currently considered the front-runner.

Saturday's Expected Visitors
The Vols had eight 2018 recruits visiting Saturday to check out the school and the scrimmage. Below, we've listed players in attendance, their position, star and overall rank.

"I’ve been up there on a college tour, not for football, my freshman year, so I know what the campus is like," Tremble said. "But I've never been inside the stadium or locker room before. The campus was beautiful, and loved the town setting, also."

Tremble said he "was beyond excited" to pick up the offer. The Vols will need to beat out in-state Georgia to land Tremble.

Follow our Tennessee Volunteers team page for all the latest Tennessee recruiting news or download the Chat Sports App!