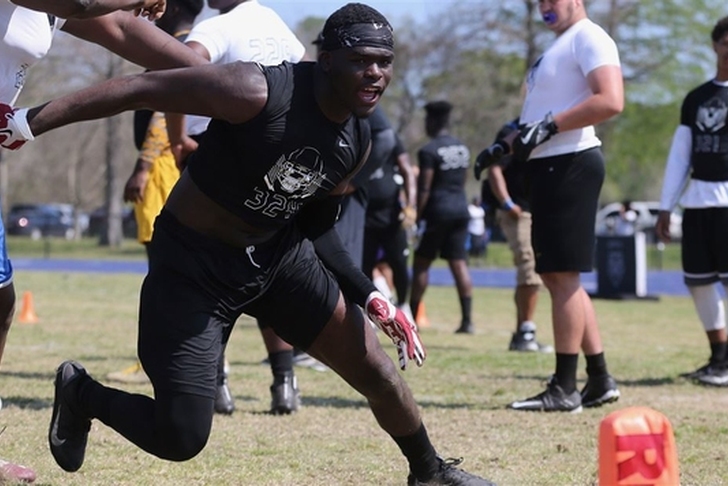 New Tennessee Volunteers head coach Jeremy Pruitt hasn't even been on the job for a week, but he is already making major moves on the recruiting trail. Here are all the latest recruiting news & rumors that you need to know:

However, Davis - who plans to sign and enroll early - has since deleted that tweet. Does that mean Pruitt is working to bring him with him to Knoxville? At any rate, it certainly seems like Davis is considering it.

The 6-foot-5, 238-pounder is ranked as the No. 5 weak-side defensive end and No. 89 overall prospect in the country, according to the 247sports Composite.

"When I get back from the Miss.-Ala. game I am going to Tennessee for a visit," said Murphy. "But I am just going to visit and there's no worries for Mississippi State."

“They’d been telling me they were going to give me an offer. They just had to get a new coach in place, get him to watch me,” said Banks. “I talked to Coach Pruitt (on Saturday), and he offered me a scholarship.”

“That’s a great school and everything. That’s all I can say because I’m not originally from Tennessee. I’m from Mississippi. Tennessee has a good program, and I like the things that Coach Pruitt is trying to come in and do, the things that he is telling me. Tennessee is a great program. I’m definitely interested in them, and we’ve just got to see where things go when I visit.”

Banks has not decided if he'll sign during the early signing period (Dec. 20-22) or on National Signing Day.