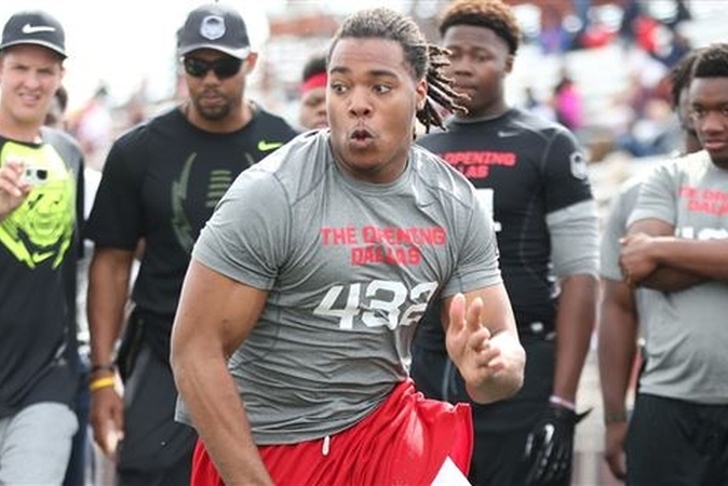 The Tennessee Volunteers already boast one of the top recruiting classes in the country, but they're far from done, making a strong push during the last month of recruiting as we heads towards National Signing Day. Here's all the latest news and rumors you need to know:

Vols set to host three DE targets
Tennessee got some bad news earlier this week when four-star defensive end Jonathan Kongbo, the top overall JUCO prospect, decommitted from the Vols on Tuesday. While Tennessee is still a finalist for Kongbo, they're looking to pick up the slack elsewhere.

The Vols will host three three-star defensive ends (JaQuan Bailey, Terrell Lucas, Mykelle McDaniel) next weekend, hoping to pick up commitments from some of the trio.

Bailey, a former Florida commit, is expected to sign with Tennessee. Lucas has committed to Duke, while McDaniel has Tennessee in his top five.

Four-star DE hoping to make another visit to Tennessee
The Vols could also receive significan defensive end help from Jeffery Simmons (Macon, MS), who took an official to Knoxville on Nov. 7 and plans to return on an unofficial visit before National Signing Day.

“When I went up there, I really enjoyed it,” said Simmons, vis 247 sports. :Just getting a relationship with Coach Strip (defensive line coach Steve Stripling). Everything’s just still great with them. The facilities were nice. Everything just stood out to me — especially the facilities, and especially the indoor facility. They said they could use me something like (current Vols defensive end Derek) Barnett, coming in as a freshman. They just want to make me an All-American.”

Simmons is still considering Ole Miss, Alabama, and Mississippi State along with Tennessee. He is ranked as the No. 35 overall prospect and No. 3 defensive end in the country.