Tennessee Football Recruiting Rumors: Everything You Need To Know With 3 Weeks 'Til Signing Day 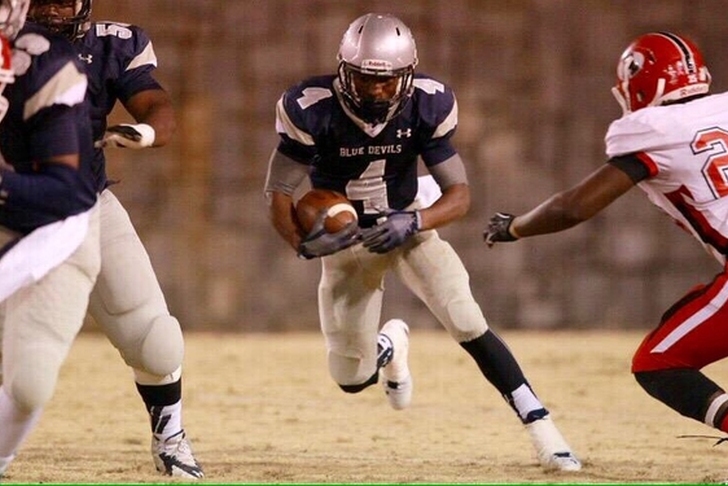 We're just three weeks away from 2016 National Signing Day (Wednesday, February 3), and there's a major buzz around the Tennessee Volunteers as they look to finish this recruiting cycle with a major flourish. With that being said, let's get into our Tennessee Football Recruiting Rumors: Everything You Need To Know With 3 Weeks 'Til Signing Day.

Vols Still In On Four Major Targets
Vols HC Butch Jones has already put together a fantastic recruiting class for the 2016 cycle, but it may go from impressive to elite in the blink of an eye before Signing Day.

Per Ryan Callahan of 247Sports:

"Tennessee remains a strong contender for several of its longtime top targets, and most of them currently are planning to wait until National Signing Day to announce their college choices.

"Five-star defensive tackle Derrick Brown, top-100 defensive back Nigel Warrior, five-star athlete Mecole Hardman and top-100 offensive lineman Landon Dickerson are among the high-priority targets who still are considering the Vols, and at least a few of them are scheduled to take official visits to Tennessee over the next three weeks."

Brown and Warrior both have visits scheduled for January 29th, while Dickerson is on the fence about another visit on the same weekend.

Kongbo Still A Possibility
The Vols have lost three defensive line commits in the past month or so, with the latest being four-star JUCO defensive end Jonathan Kongbo -- the nation's #1 overall junior college recruit.

Kongbo is still considering Tennessee, but there are five other teams vying for his pledge as well: Alabama, USC, Washington, Oregon and Florida State.

Regardless, the Vols still have a chance and will push hard for Kongbo until National Signing Day.

Wide Receivers In Sights
The aforementioned Mecole Hardman Jr. is one of five marquee wideout recruits on the Vols' radar with 21 days left until Signing Day. The other four are four-stars Marquez Callaway, Binjimen Victor and Mykel Jones, along with three-star USC commit Velus Jones Jr.

There are a host of other names the Vols could target if they strike out on the above fabulous five, but these are the best-case scenario pledges on the board.