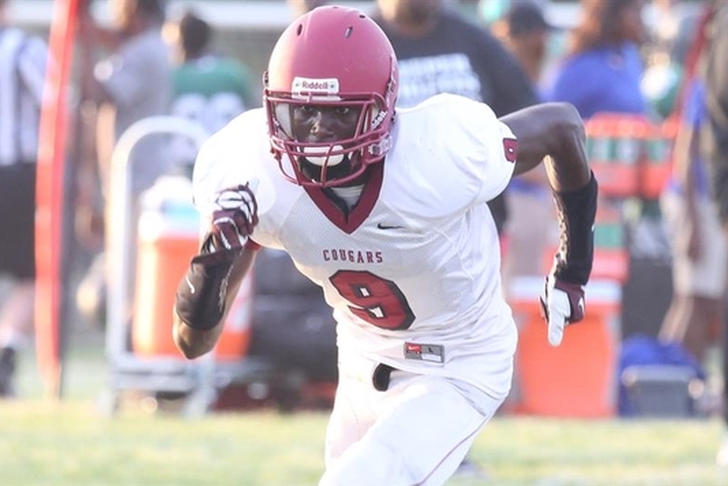 “I have two [official visits] right now, but I don’t have dates for them. It’s Ohio State and Tennessee. I’m not sure if I’ll take one to Florida because it’s so close to home. We will see in the future.”

The Tennessee Volunteers really make an impression on Victor this summer:

"I just loved it up there. Tennessee is a great experience, it’s a great campus, great coaching staff, the facilities, the school itself. I had the chance to go around the campus and talk to the coaches as well, and it was a great experience. I have a great connection. Tennessee, they said they would use me as the X-receiver, so that’s the primary guy. If I do go to Tennessee, they would use me as the primary guy.”

“I’ll look very closely at all the teams recruiting me that I have interest in, and see how they use their receivers, definitely, and how their coaches react to certain plays. The quarterback situation, that’s the biggest thing for me, because I need a quarterback that’s going to get me the ball and use my size.”

Victor had planned to make a commitment in June, but pushed it back until January 9, 2016 at the U.S. Army All-American Bowl.