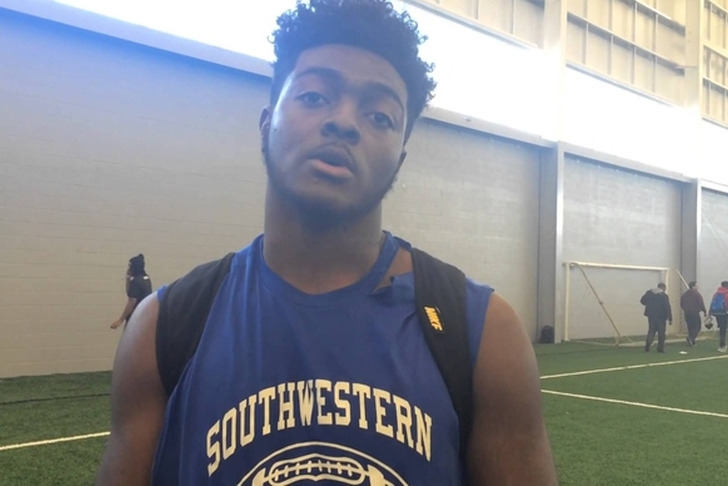 The Tennessee Volunteers are just one week away from the start of the regular season, but that doesn't mean they've let up on the recruiting trail - in fact, it has been the exact opposite. Here's all the latest Tennessee recruiting news and rumors you need to know:

“I have one visit set right now. I’m going to Tennessee when they play Alabama on October 15th,” said Irving-Bey. “Tennessee has been talking to me for a while, and they’ve really turned it around down there. (Defensive line) coach (Steve) Stripling and I talk a lot, and he’s telling me that I have a chance to be a part of a dominant line for them. I’m excited to watch them this year because they’re going to be real good.”

Irving-Bey, who is also considering Maryland and Michigan State, is ranked as the No. 12 strong-side defensive end and No. 299 overall prospect in the 2017 class.

“I hear from Southern Cal, and then I also hear from Ole Miss,” said Bembry. “I’d say I’m still really solid on Tennessee. But I also still keep an open ear — just the fact that you want to hear other schools’ pitches. Just like I heard Tennessee’s pitch, why not give another school that opportunity, as well?”

“I continue to hear more from Georgia. I know they wanted me to come up there this past weekend, but I had some other stuff to do. I went up there and saw the campus. It’s a pretty good campus. I liked it.

“(Florida is) still trying to get me down there because they really want me to see the campus and stuff like that, because I also have a friend that goes there, too. He went to Dunwoody High School — (offensive lineman) Nick Buchanan. That’s a guy I stay in touch with a lot because, when he comes back, we kind of hang out with each other, work out, go hit the field and stuff like that.”

Holley also has offers from Florida State, Kentucky and South Carolina. He is ranked as the No. 8 wideout and No. 48 overall prospect in the 2019 class.