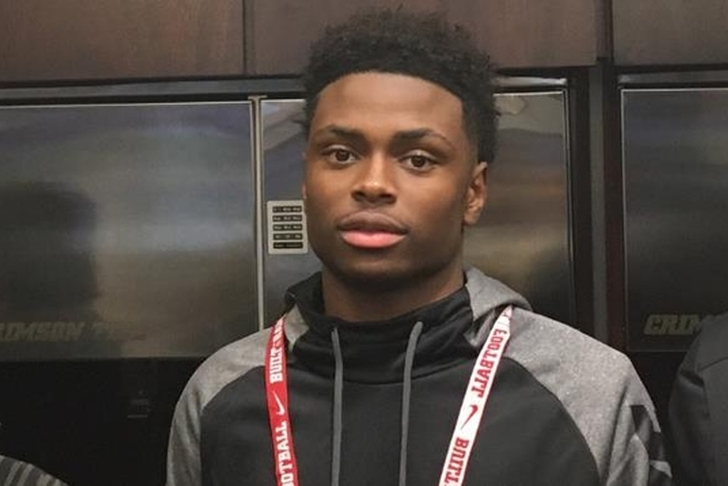 There aren't any actual Tennessee Volunteers football games until the fall, but that just means recruiting takes center stage for Butch Jones and his coaching staff. Tennessee is off to a solid start early in the 2018 cycle, as their class of 10 commits ranks seventh in the nation. That said, the Vols are far from done. Here is all the latest Tennessee recruiting news and rumors you need to know.

3-star CB plans to visit Vols again
Three-star cornerback Rayshad Williams (Memphis, TN) has had Tennessee at the top of his list ever since the Vols game him an offer roughly six months ago, and they remain one of his favorites along with Arkansas, Mississippi State and Virginia Tech.

Williams went to Tennessee for junior day in March, and plans to visit again on June 17 for Tennessee's “Orange Carpet Day.”

“I like the school in general,” he said, via 247sports. “I like (head coach) Butch Jones and the way he plays, and the defensive coordinator (Bob Shoop). I definitely like Neyland Stadium and the fan base, and just the things people have said about Tennessee, it’s making me like it.”

“We just talk about where I stand and how my recruiting process is going and things like that,” Williams said. “They definitely see me playing cornerback for them, also playing a little safety. They think I would thrive at both.

“(They like) just my skill set for my size and being able to come down and make tackles. They definitely like my tackling, and they like my coverage, pretty much. They just said I’ve got a versatile, all-around type game, so I can play so many positions. That’s what made them really fall in love with me.”

The 6-foot-4, 183-pounder is ranked as the No. 80 cornerback and No. 905 overall prospect in 247sports' Composite Rankings. He hopes to make his college season in July or August.

Tennessee gets commitment from 4-star S
Four-star safety Brendon Harris (Chattanooga, TN) announced on Twitter that he committed to Tennessee.

Harris is ranked as the No. 16 safety and No. 151 overall prospect in 247sports' Composite Rankings.

Vols offer 2020 running back
Miles Friday, one of the top prospects in the 2020 recruiting class, announced on Twitter that he received an offer from Tennessee.

Blessed To Receive An Offer From The University Of Tennessee #GoVols #Rockytop pic.twitter.com/F0pU5trvif

The 5-foot-11, 172-pounder also has offers from Alabama, Ohio State, Oregon and Wisconsin, among others.