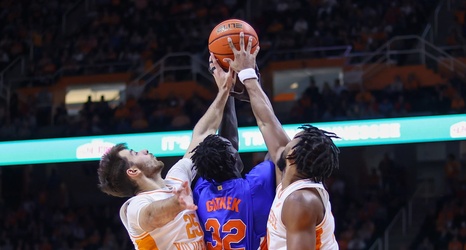 Tennessee dug themselves a hole to start Wednesday night’s game against Florida, but they eventually were able to climb out. A strong second half saw the Volunteers come all the way back, eliminating a double-digit deficit. Tennessee was able to pull away in the closing minutes to secure a 78-71 win.

The fireworks were just beginning, though. Words were exchanged after the game, and the Gators were sent off the floor as players and fans mocked the “Gator Chomp” in their direction.

The situation began after a Florida player made a short joke directed at Tennessee point guard Zakai Zeigler, apparently.