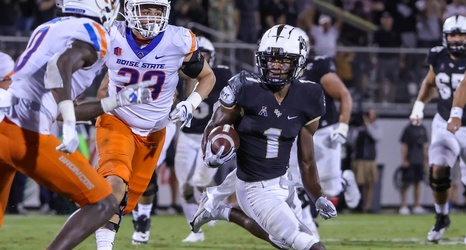 Tennessee came up short on Sunday, losing out on coveted UCF transfer Jaylon Robinson to Lane Kiffin and Ole Miss. Robinson announced his next destination on Twitter on Sunday afternoon.

Tennessee was an obvious candidate for Robinson due to his Josh Heupel connection. He played for Heupel during the 2020 season, the season before Heupel left for Knoxville. UCF hired a very different style in Gus Malzahn, and Robinson chose to find a new system to play in to close out his college career.

Ole Miss won the battle, holding off a late push from Miami, where Robinson visited earlier this week.