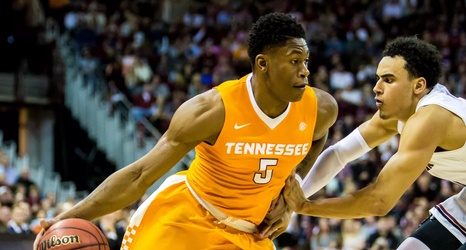 Tennessee added some help on the defensive line on Friday, earning a commitment from three-star defensive lineman Tyree Weathersby. The 6-4, 251 pound prospect committed to Tennessee coming off of a visit to Knoxville last weekend.

Weathersby is a three-star prospect, ranking as the 530th player in the class of 2023, per the 247Sports Composite rankings. He’s the 64th rated defensive lineman in the country and the 50th ranked player to come out of the state of Georgia. Weathersby is out of Douglasville, Georgia.