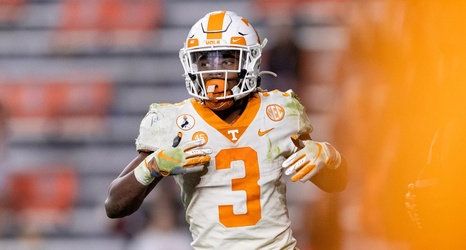 Tennessee’s game against the Vanderbilt Commodores has been postponed, the league announced tonight. It’s the second game of the season that has been delayed for the Volunteers, following the Texas A&M postponement two weeks ago.

This game in particular was pushed back by the league in an effort to get all ten games in for each team, as the conference explained.

“The Tennessee at Vanderbilt game is postponed for the purpose of facilitating the rescheduling of the Vanderbilt at Missouri game,” the SEC said in a statement. “This rescheduling of games allows for the continued opportunity for all 14 teams to play all of its 10 games in the 2020 season.