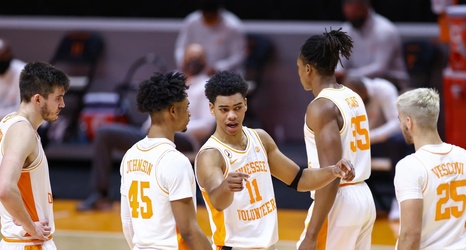 The Tennessee Volunteers will have a big presence in the 2021 NBA Draft, following a top-five recruiting class in the 2020 cycle. Rick Barnes was able to pull a couple of one-and-dones, moving the Tennessee program into new territory.

Those two former five-star prospects are now projected first round picks. Keon Johnson and Jaden Springer shouldn’t have to wait too long on draft night, and earlier this week they both received their formal invitation to participate in the NBA Combine.

Joining them at the combine will be four-year player Yves Pons, who is the latest Rick Barnes success story.