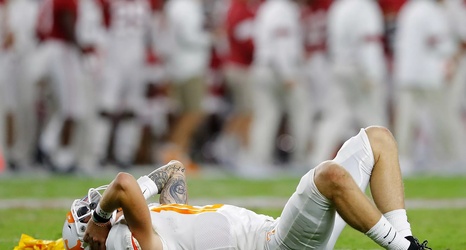 Maurer was knocked out of the game for the second straight week against Alabama on Saturday night, sustaining another concussion, per Jeremy Pruitt. Maurer exited last week’s game against Mississippi State after landing awkwardly on his head during a scramble. It was a mystery whether or not Maurer would play against Alabama, but Tennessee opted to give him a chance.

He didn’t make it through the first quarter, taking a shot and slamming his head against freshman tackle Darnell Wright.