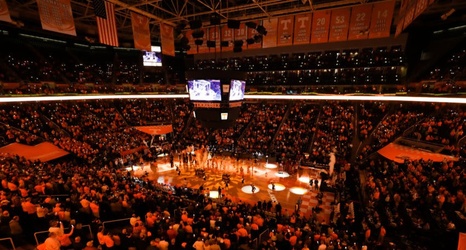 KNOXVILLE, TN - JANUARY 15: General view of the arena during the pregame introductions the game between the Arkansas Razorbacks and the Tennessee Volunteers at Thompson-Boling Arena on January 15, 2019 in Knoxville, Tennessee. Tennessee won the game 106-87. (Photo by Donald Page/Getty Images)

With two 2020 signees and four commitments for 2021, Kellie Harper has the Tennessee Lady Vols now looking ahead to 2022. On Thursday, she got a huge in for that class, continuing Rocky Top’s momentum on the trail.