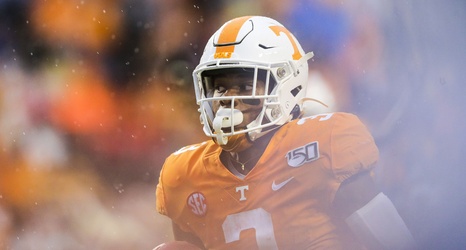 They came back to win their fourth straight SEC game. Tennessee football finished the regular season 7-5 and 5-3 in the SEC with a 28-10 victory over the Vanderbilt Commodores to end a three-game losing streak to them in the series.

In addition to ending that losing streak, the win clinches the Vols’ first winning season and bowl appearance since 2016 and their first winning record in the SEC since 2015. But with a weather delay to start the game, a turnover on the opening drive and a weather delay in the second half, it did not come easy.