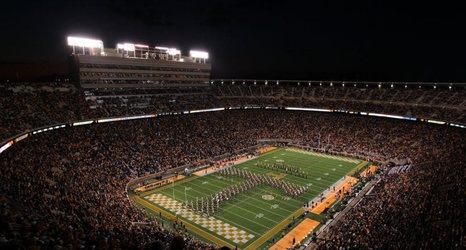 KNOXVILLE, TN - OCTOBER 29: A general view of Neyland Stadium during the South Carolina Gamecocks game against the Tennessee Volunteers on October 29, 2011 in Knoxville, Tennessee. (Photo by Andy Lyons/Getty Images)

As Tennessee football has been rapidly filling out its 2022 recruiting class this month, they have been rapidly drawing interest from other elite prospects across multiple classes. With four-star quarterback Tayven Jackson committed, the Vols are likely to draw more interests for Indiana prospects as well.

Over the weekend, that’s exactly what happened. Rocky Top made the top 12 for linebacker Drayk Bowen.