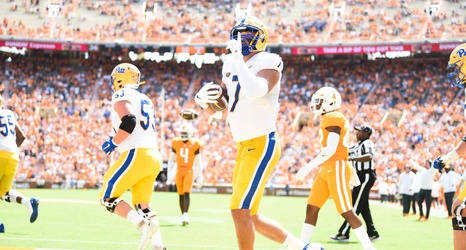 Josh Heupel is the fifth straight Tennessee football head coach to lose his first game to a Power Five/BCS program. The Vols’ comeback bid against the Pittsburgh Panthers fell short, and they fell 41-34 in the Johnny Majors Classic to fall to 0-3 against Pitt all time, all three games of which were at Neyland Stadium.

UT was behind by two touchdowns in the fourth quarter but failed on two straight offensive possessions late.