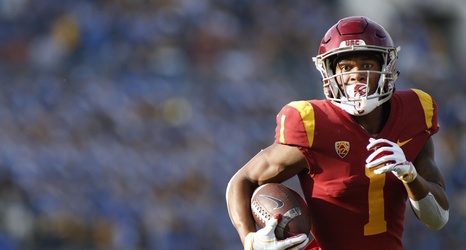 Jeremy Pruitt’s connections to the state of Alabama and his decision to bring back Tee Martin last year has paid off. It showed in a big way with Tennessee football picking up graduate transfer wide receiver Velus Jones Jr.

Once a four-star out of the state of Alabama, Jones played for the USC Trojans for three years, where Martin spent two as offensive coordinator and wide receivers coach. So the connections were clearly there, and Pruitt was smart not to pass up that opportunity.

The need for a player like Jone is clear as well.