Tennessee basketball: Vols choke against Auburn in our week in review 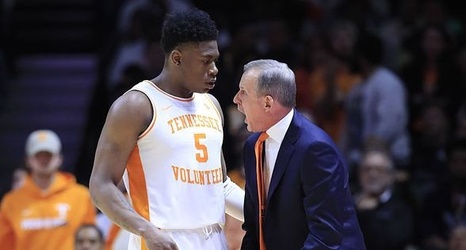 That wasn’t the way the 2018-19 Tennessee basketball team wanted to end the season. The 84-80 loss to the Auburn Tigers gave the Vols their third loss in the past seven games.

I’ve been holding you back telling you not to freak out, but now it’s time panic. That’s if nothing changes.

Yes, all three losses were on the road, and yes all three were against outstanding teams, but the Vols have to figure a way out of this slump. There are no easy games left on the schedule; it’s win or go home. And, the way Tennessee is playing right now, they will be packing their bags sooner rather than later.