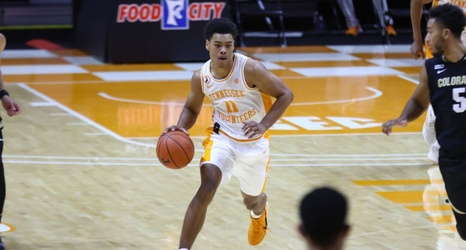 Four players made their debut in the Tennessee basketball Volunteers’ win over the Colorado Buffaloes.

A handful of newcomers made their debuts Tuesday night for Tennessee basketball in the Vols’ season-opening win over the Colorado Buffaloes. From graduate transfers to five-star freshmen, Rick Barnes had help from four new faces running the court in UT’s 56-47 victory at Thompson Boling Arena on Rocky Top.