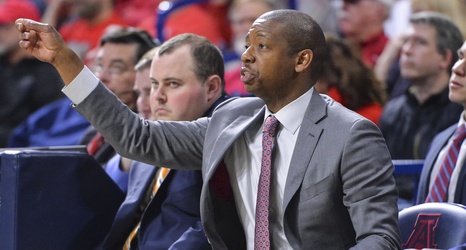 The rumor of the weekend is now official — Justin Gainey is Tennessee’s newest assistant basketball coach. He comes over from Marquette, where he was the associate head coach.

The former point guard at N.C. State reportedly interviewed for a position with Xavier before accepting the job at Tennessee. He joins Rod Clark on staff, who came over from Austin Peay last week. Clark and Gainey will replace Kim English and Desmond Oliver, who both landed head coaching jobs this offseason.

“I coached against Justin when he was the point guard at NC State,” Tennessee head coach Rick Barnes said.