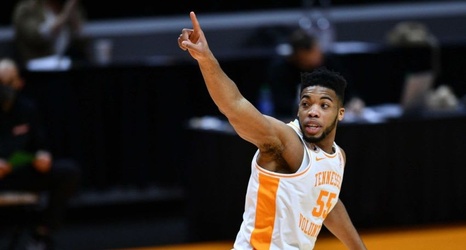 After one year with Tennessee basketball, senior forward E.J. Anosike appears to be moving on once again. Anosike is entering the transfer portal for the second straight offseason, according to Grant Ramey of GoVols247.

At 6’7″ 245 pounds, Anosike was a graduate transfer senior for UT last year, joining the Vols after three years with the Sacred Heart Pioneers, where he averaged 15 points and just under 10 rebounds a game over the course of two years.