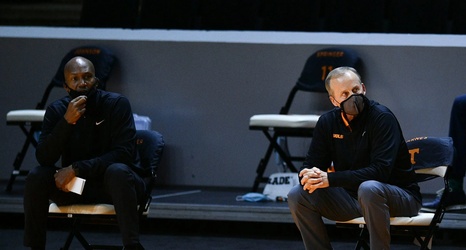 Tennessee Head Coach Rick Barnes now reportedly has two spots to fill on his staff as Desmond Oliver is expected to be announced as ETSU’s new head coach in the next few days.

Oliver would be the second assistant on Barnes’ staff to take a head coaching job elsewhere since the season ended. He would join Kim English, who was named George Mason’s coach on March 23rd. Oliver has been with the Vols for six seasons dating back to 2015 and was the lone remaining coach from Rick Barnes’ initial staff at Tennessee.