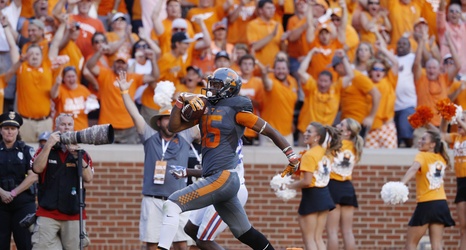 He always came through in the biggest moments for Tennessee football. Given that fact, Jauan Jennings wasn’t about to pass up an opportunity to shine one more time in a Vols helmet, and he did just that in the 2020 Senior Bowl.

With the North beating the South 31-10 in the fourth quarter, Jennings caught and 18-yard touchdown pass fro Jalen Hurts, which is an odd combination considering Hurts’ years with the Alabama Crimson Tide, to cut the score to 31-17. The catch came after the South recovered a fumble to get good field position.

It’s always nice for Vol fans to see former players well-represented, and that applied in this game, which was played at Ladd-Peebles Stadium in Mobile, Ala.