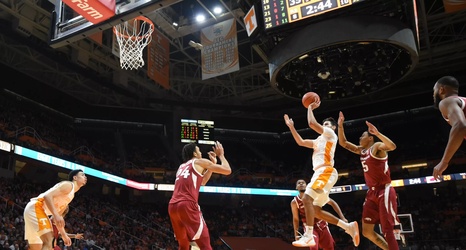 There was a time when people made the argument that Rick Barnes shouldn’t waste a season of eligibility for incoming point guard Santiago Vescovi. After all, Vescovi was arriving midseason and Tennessee’s postseason hopes were seemingly circling the drain. Considering what the Vols have coming in next year, the thought process made sense.

But could you imagine where this team would be without him today? Rick Barnes opted to play him, even starting him after just a week of practice against LSU. He was instant offense for the Volunteers, badly needed after Lamonte Turner was shut down.