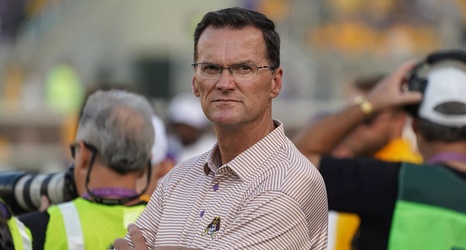 The hottest name in Tennessee’s search for a new athletics director has reportedly exited the race. Jon Gilbert, the current AD at ECU, is out, per a report from Stephen Igoe of 247Sports.

Sources: ECU athletics director Jon Gilbert informed interim chancellor Ron Mitchelson on Wednesday that he is not involved and will not be involved in the AD search at Tennessee.

Tennessee athletics director Phillip Fulmer will be leaving his post once his replacement is hired. The new man in charge will be tasked with finding Tennessee’s next head football coach.