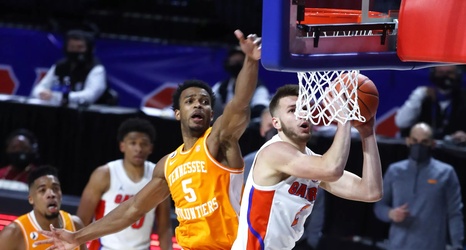 Tennessee got absolutely thumped by Florida, 49-75.

Goodness. What an awful, awful loss.

The Vols were sluggish out of the gate, but managed to keep the Gators close for 10 minutes of the first half. A 5-0 run stretched the UF lead out from four points to 11 at the 6-minute mark of the game’s opening period, and Tennessee again closed the lead to within five before Florida closed the half on a 9-3 run.

The stats from the first half were ugly:

The Vols shot just 28 percent from the field, including 3-12 from 3-point range, while allowing Florida to his 17 of its total 34 shots.