Pruitt: All three Tennessee quarterbacks are cleared and ready to go against UAB 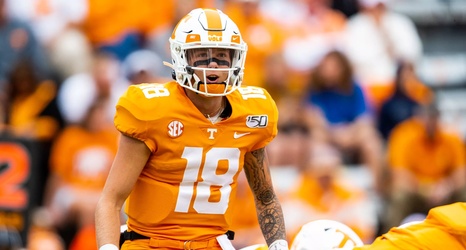 Tennessee will have all three of their quarterbacks ready to play against UAB this weekend, head coach Jeremy Pruitt confirmed on Wednesday night.

Jarrett Guarantano will return just a week after leaving the game against South Carolina. He’s been seen with a cast on his non-throwing hand at practice this week.

Freshman Brian Maurer has been cleared after suffering back to back concussions against Mississippi State and Alabama. Maurer missed the game against South Carolina last weekend, but Tennessee still rolled, winning 41-21.

So what’s the plan at quarterback with all three players available?