Pons Makes Announcement on His Future 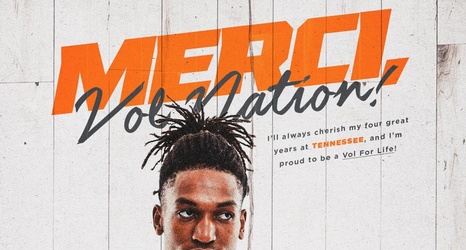 Tennessee’s roster continues to get reshaped. This time, it’s Yves Pons announcing his time with the Vols has officially come to an end.

“I’ll always cherish my four great years at Tennessee, and I’m proud to be a Vol For Life.”

This announcement is far-less specific than Jaden Springer or Keon Johnson’s, as it doesn’t officially say what Pons is leaving to do.

But, if you look at the graphic on full-screen, there’s an NBA logo down on the bottom right below a Power T. Given that Pons went through the draft process last year but then returned to school, I don’t think it takes Sherlock Holmes or Batman to figure out what his plans are.