Music City Bowl: 7 questions on Purdue with Hammer and Rails 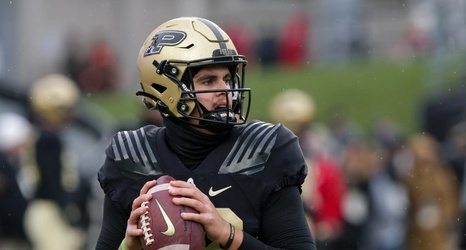 The Vols drew Purdue for their matchup in the Music City Bowl, and I think the pairing is kinda fitting given context of each squad’s season.

Both teams finished middle-of-the-road in pretty strong conferences — Tennessee gets a nod for finishing 7-5 overall and 4-4 in the always-daunting SEC. But then Purdue has two dubs against top-25 teams to go with its 8-4 (6-3 in conference) record while the Vols have just one. It’s fair to say both programs might have snuck up on teams this year: UT is hunting eight wins after getting three last year, and Purdue already four times as many wins this year than it had last season.