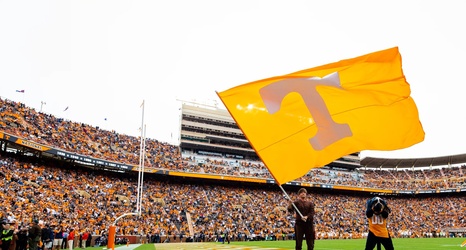 One of the top prospects in Tennessee’s class of 2021 is set to join the Volunteers early. Kaidon Salter, a four-star quarterback out of Texas, announced via Twitter on Wednesday that he would be enrolling at Tennessee in January.

Hey CHHS , I enjoyed every moment on and off the field as a longhorn, but it’s time to do what’s right for my FAMILY and my FUTURE #tthl
VOL NATION SEE YOU IN JANUARY! #gbo pic.twitter.com/4U2Fvxz1Qo— ksalt (@KaidonSalter_7) August 12, 2020

Salter committed to Tennessee on May 10th as a part of the Vols’ wild spring surge.