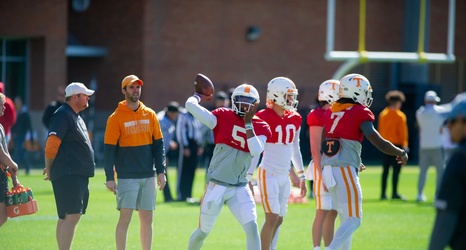 One year ago, there were so many unknowns for Josh Heupel and his staff — none bigger than the quarterback question. The Volunteers legitimately had four options that could have become the starter, and each one was starting from ground zero as they learned a new offense.

Fast forward one season, and the quarterback question isn’t even a question. Hendon Hooker wasn’t the staff’s first choice last season, but he ended up leaving no doubt on the field to steal the job. He was the main reason for Tennessee’s surprising seven win season, powering the offense with efficiency through the air and toughness on the ground.