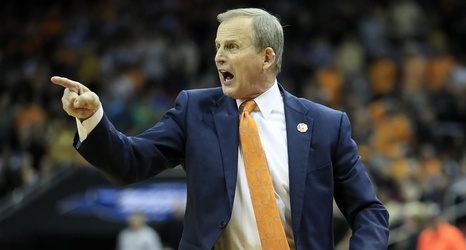 Former Tennessee basketball forward Drew Pember announced Wednesday he’s transferring to UNC Asheville. He made the announcement via Twitter as all the kids do these days.

The sophomore forward heads to the Bulldogs likely in search of more playing time since he didn’t get much run with a Vols team last year that didn’t have much of a post presence. That lack of size down low manifested on the boards — Tennessee finished ninth in the SEC in total rebounds and defensive rebounds per game while coming in at 11th for offensive rebounds per game.