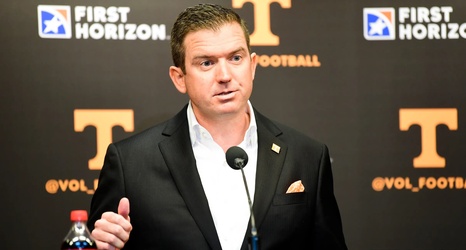 Tennessee athletics director Danny White has officially launched his first big fundraising campaign in Knoxville. The ‘My All’ campaign is aimed towards enhancing the student-athlete experience across all 20 sports, with specific renovations coming for Neyland Stadium, the Anderson Training Center and Lindsey Nelson Stadium.

The project aims to raise 500 million, and White says 200 million of that goal has already been pledged by prominent donors.

The campaign aims to impact each of Tennessee’s 20 varsity athletic programs by providing championship resources to support student-athletes’ academic and competitive pursuits.

Specific facility enhancements are currently targeted for Neyland Stadium and Anderson Training Center, though campaign funds will ultimately allow for strategic investments impacting every athletic program on campus in accordance with the department’s comprehensive facilities master plan, which was concluded in the Fall of 2020.