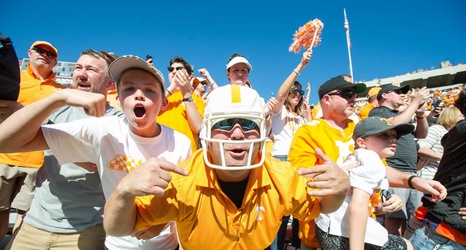 Tennessee football received two commits this past weekend, much to the surprise of those following the recruiting class and who was supposedly close to committing. In what is becoming a common theme, Tennessee’s recent commitments were out of left field. That can be good or bad—in this case, it appears uniformly good.

3-star guard Javontez Spraggins and 4-star safety Antonio Johnson were the two players who announced their intention to sign with Tennessee. Both are from East Saint Louis High School in Illinois and both were on campus this past weekend when they committed.