Bowl Projections: Where Tennessee stands after the loss to South Carolina 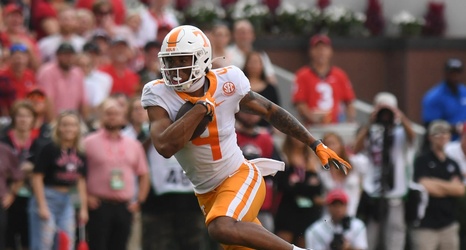 And with that, Tennessee’s playoff hopes are dead. The Volunteers produced a choke job for the ages on Saturday night in Columbia, letting Spencer Rattler and South Carolina carve them up over and over again. The result was a blowout loss, and any championship thoughts went straight out the window.

Tennessee still has something to play for, however. The Vols would more than likely earn a New Year’s Six bowl bid with a win on Saturday night in Nashville against Vanderbilt. The Sugar Bowl is likely off the table with both Alabama and LSU now ranked ahead of Tennessee, but the Orange Bowl and Cotton Bowl are still on the table.