After taking visits elsewhere, Squirrel White is sticking with Tennessee 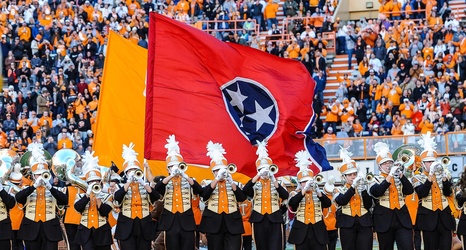 The last few weeks have been interesting for Marquarius ‘Squirrel’ White. The dynamic receiver committed to Tennessee back in July, but a couple of other SEC schools made big pushes down the stretch.

Georgia and Auburn came hard after White, even getting him on campus for official visits. Georgia hosted White on November 19th, while Auburn hosted him on December 10th. Following those visits, Squirrel White had made a decision — he’s sticking with Tennessee.

White announced his intention to sign with Tennessee on Wednesday, and confirmed those intentions with 247Sports.

I will be signing my NLI on Wednesday at 12 PM in the auditorium at Clay-Chalkville High School!