Butch Jones Is Recruiting These 3 Quarterbacks For The 2017 Class 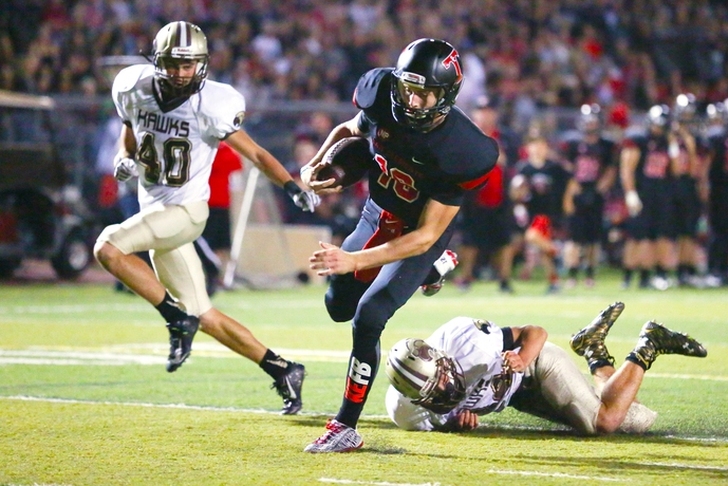 The Tennessee Volunteers just put the finishing touches on their successful 2016 class, and head coach Butch Jones and his staff have already turned their attention to the 2017 class.

Quarterbacks are incredibly important in college football, which is why it's not a surprise that Tennessee is targeting several this cycle. The Vols will likely one sign one or two QBs in this class, but Jones has targeted a certain group that he has made high priorities. Here are the three quarterbacks he is recruiting in 2017 class.

3) Shon Mitchell (Chesapeake, VA)
Mitchell is ranked as the No. 18 dual-threat quarterback prospect in the country. Despite other offers from Clemson and NC State, Mitchell has Virginia Tech and Nebraska as his two current favorites - though Tennessee's recent offer has sparked his interest in the Vols.

2) N'Kosi Perry (Ocala, FL)
The 6'4", 175-pound Perry is ranked as the No. 10 dual-threat quarterback in this class, and Tennessee is one of the nine offers he already has. Though he hasn't named a group of favorites, Tennessee is thought to be at the front of the pack with Florida State, Georgia, and Miami.

1) Jack Sears (San Clemente, CA)
The unquestioned top QB target this cycle for Tennessee, the Vols offered him a scholarship earlier this week and jumped right to the front of his list. Ranked as the No. 25 pro-style quarterback in the country, he completed 193/270 passes for 2.697 yards and 37 touchdown to just two interceptions in his junior season, while rushing for another nine touchdowns.