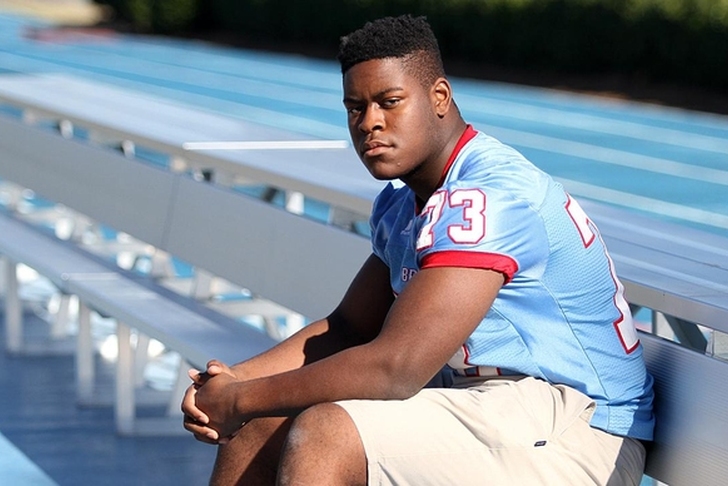 Five-star offensive tackle Trey Smith (Jackson, TN), rated as the No. 4 overall prospect in the country by 247sports, announced on ESPNU that he has committed to the Tennessee Volunteers.

"After careful thought and consideration and prayer daily, I'll be attending the University of Tennessee," Smith said. "Really, I'd say it was the players to a certain extent. A lot of guys and especially the O-line room, we just have a great relationship. The things (Tennessee) coach (Butch) Jones has in place to be successful not only in football but in regards to life after football, they're excellent. Picking on being an in-state guy, the abilities after football, what I can do for myself, my family, I mean you really can't turn them down.

"I'm just really ecstatic about the city of Knoxville. I love it. I just had a really good feel for that city in regards to other cities. It was just the right fit for me. It's the right place for me."