5 Burning Questions For Tennessee Football Heading Into The 2015 Season 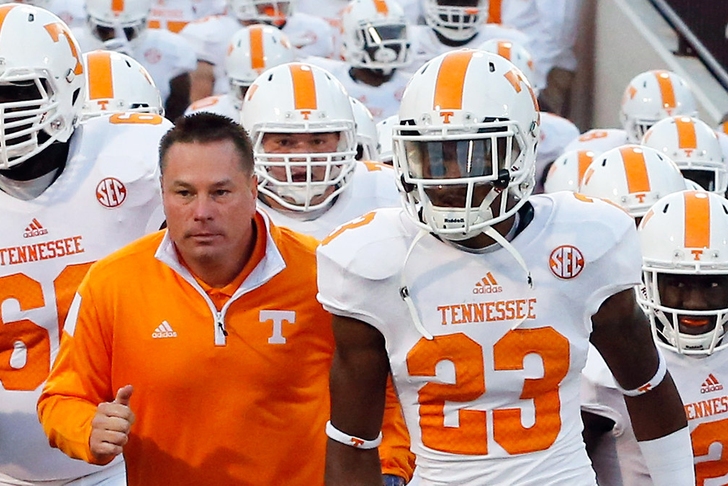 The Tennessee Volunteers have all the pieces in place for an ascent up the SEC ladder in 2015. However, there are still plenty of questions to be answered before we pencil them into the conference title game. Here's our list of 5 Burning Questions For Tennessee Football Heading Into The 2015 Season.

1) Is Josh Dobbs ready for the next step? Dobbs led Tennessee to a 4-2 record after taking over during the last six games of the season, passing for 1,206 yards and nine touchdowns while rushing for 469 yards and eight more touchdowns. He needs to improve his decision making on the run, but his athleticism and arm talent make him a dark horse Heisman candidate. Tennessee's SEC and College Football Playoff hopes hinge on his progression under center.

2) Is the SEC East as winnable as it seems? 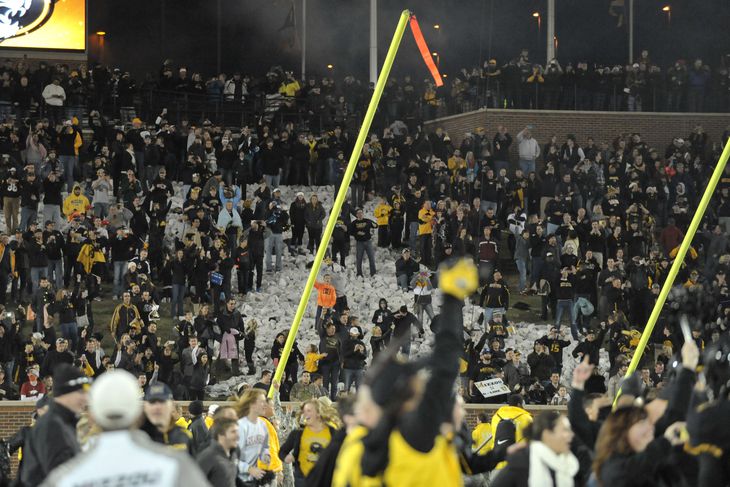 Missouri's taken the division two years running, with Georgia hot on their flanks despite a seemingly never-ending string of underachievement. There really is no true breakaway standout in the division going into the season, meaning that the Vols have a window to assert themselves by season's end.

3) Is Jalen Hurd ready to make an impact?

Jalen Hurd's explosiveness on the ground is the biggest reason why many people are projecting the Vols as an SEC power in 2015. He rushed for 899 yards and five touchdowns on just 199 carries as a true freshman and has shown signs of breakout stardom during the camps prior to his sophomore campaign. He's got all the physical tools and on-field instincts to the lead the charge. The only question left is whether or not that will translate to "the leap."

The Vols ranked near the bottom of the SEC in total defeense, giving up 360 yards per game. A lot of that had to do with the overwhelming amount of first- and second-year players on the unit. Growing pains are to be expected in such situations, but the time is now for last year's lessons to become this year's advancement.

The Vols' opener in Knoxville against Bowling Green is big enough on its own, but the true opening test of the season lies the week after. An Oklahoma team out to redeem themselves after an alarming spiral to finish 2014 comes to Neyland, giving Butch Jones' crew an early change to make a HUGE statement. Win against BGSU and Oklahoma to open things off and you have a recipe for big things in 2015.