4 Reasons To Be Optimistic About The Tennessee Volunteers In 2015 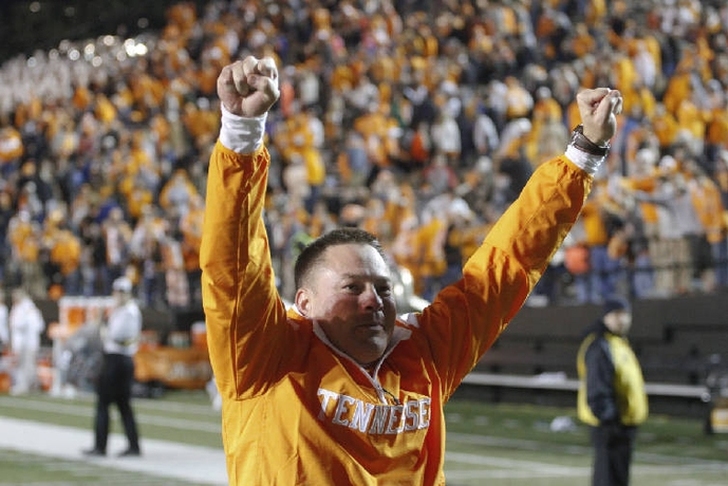 The Tennessee Volunteers are one of the favorites to win the SEC East in 2015, which would/will put them in prime position to make the College Football Playoff. While that may sound like a best case scenario for the Vols, here are four reasons to be optimistic about Tennessee this year: 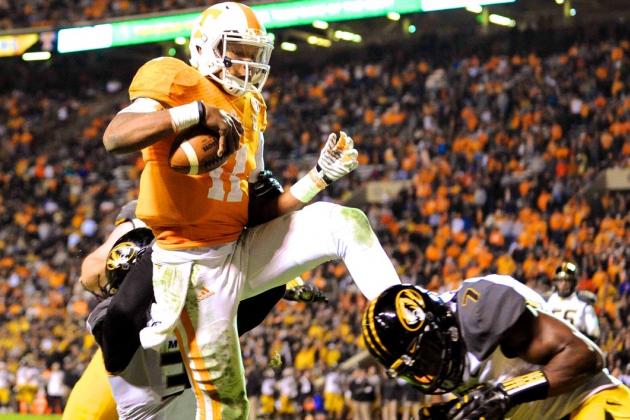 Missouri's sealed the division two years for two years running. That's easy with Georgia is stuck in a never-ending string of underachievement and South Carolina continuing to paper over what has been a dreadful defense with iffy recruits. There's no breakaway threat to run the table in the division, except for the Vols. Tennessee has the biggest boom/bust potential, not only of any team in the SEC East, but of any team in the entire nation. With a couple breaks here and there and a couple massive performances from head coach Butch Jones' cache of blue chip recruits, the Vols will have the whole nation getting in on the "Rocky Top" vibe. Whether it's the instillation of "Fourth and One" classes to school his players on how to balance being both good men and good players, his willingness to accept blame while continuing to press forward, or his ability to bring an entire program and fan base together with a unique mixture of charisma and integrity, Jones IS Tennessee. And because he's such a fantastic fit, great players want to play for him and play HARD when they get to Knoxville. If there's one coach in the FBS who is ready to take the great postseason leap right now (and has the tools to do so), it's Jones.

The Vols ranked near the bottom of the SEC in total defense in 2014, giving up a gut-punching 360 yards per game. However, a lot of that had to do with the overwhelming amount of first- and second-year players on the unit. Growing pains are to be expected, but the time is now for last year's lessons to become this year's advancement. With almost every single starter and contributor returning, Tennessee's defense will have continuity on its side in 2015. Plus there's the X-factor -- true freshman defensive tackle Kahlil McKenzie. McKenzie has been an off-the-pavement semi-truck in summer practices, using scary speed and dynamite-level explosiveness to bury his own teammates in the turf. Imagine what he'll do to opposing SEC offensive linemen...

1) The Heisman potential of Josh Dobbs Dobbs led Tennessee to a 4-2 record over the last six games of the 2014 season, passing for 1,206 yards and nine touchdowns while rushing for 469 yards and eight scores. He needs to improve his decision-making on the run, but his athleticism and arm talent are enough to put him on the list as a dark horse Heisman candidate. Tennessee's SEC and College Football Playoff hopes hinge on his progression under center. That's a good thing -- Dobbs has the makeup, work ethic and pure ability to reward the coaching staff's trust with a banner year.