3 Reasons Why Tennessee Will Beat Florida This Weekend 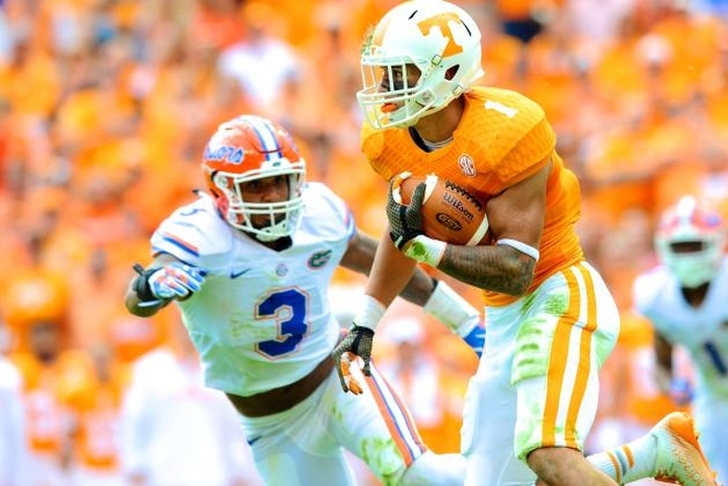 The Tennessee Volunteers are still one of the favorites to win the SEC East despite a loss to Oklahoma, and they plan to get their conference schedule started with a bang against Florida. Here are three reasons why the Vols will beat the Gators on Saturday:

The Vols ranked near the bottom of the SEC in total defense in 2014, giving up a gut-punching 360 yards per game. However, with almost every single starter and contributor returning, Tennessee's defense has taken a major step up this year, allowing less than 24 points per game. Plus there's the X-factor against Florida's power rushing attack -- true freshman defensive tackle Kahlil McKenzie. McKenzie has been an off-the-pavement semi-truck in practice and in his first three games, using scary speed and dynamite-level explosiveness to bury offensive linemen - and running backs - in the turf.

The Gators have a lot of inexperience at the quarterback position in freshman quarterback Will Grier, who has struggled against decent competition this season (276 pass yards, 2 TDs, 2 INTs combined vs. ECU and Kentucky) - and the competition takes a major step up this weekend. Florida's offense is ranked 73rd in the country, and Grier's lack of productivity will keep them from moving the ball against Tennessee.

Jalen Hurd (300 rush yards, five touchdowns) and Alvin Kamara (195 rush yards, three touchdowns) might just be the best one-two running back combo in the country, leading a Tennessee offense that ranks 17th in the country in rushing (246 yards per game). Florida's defense has taken a step back this year, and the Vols have the duo - along with the running ability of quarterback Joshua Dobbs - to give the Tide a major headache.