3 Reasons Why Tennessee Is GUARANTEED To Beat Georgia On Saturday 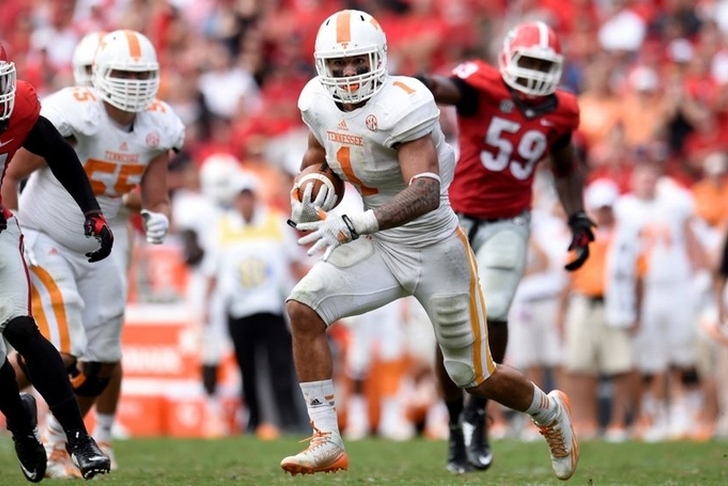 Both the Tennessee Volunteers and Georgia Bulldogs are reeling after disappointint losses last weekend, and desperately need a win to get their season back on track. Here are three reasons why the Vols will emerge victorious over UGA:

Alabama ran all over the Bulldogs' defense last weekend, and Tennessee has the talent to do the same thing on Saturday. RBs Jalen Hurd and Alvin Kamara have played well this season, combining for 140 carries for 739 yards and 10 TDs. In fact, they could probably get even more work and still be effective. Dobbs has contributed on the ground as well, racking up 250 yards and three scores. The Vols are a run-first team, and that will serve them well this weekend.

Neyland Stadium is one of the toughest places to play in the country and that home field advantage will give the Vols a major boost. It will make things easier on the Tennessee offense and much more difficult on the Bulldogs, who have historically struggled in Knoxville. The home field advantage will give Tennessee the boost it needs to leave with a win.

Joshua Dobbs has struggled at times as a passer, but he's been great on the ground. He's completed 58 percent of his passes for 789 yards, 5 TDs and 1 INT to go along with his impressive rushing stats. Quite simply, he's one of the best dual-threat QBs in college football. On the flip side, Georgia's Greyson Lambert had heavily inflated stats through the first part of their schedule, but he was completely exposed against Alabama, completing just over 40 percent of his passes for just 86 yards and an interception.

In fact, he played so bad that he was pulled for backup Brice Ramsey in the second quarter - and Tennessee's defense has all the talent in the world to make his life miserable again on Saturday. Dobbs will out-play Lambert in a big way, and that will be a big reason why the Vols will win.