2017 Preseason Rankings: See Where Tennessee Is Ranked In Way-Too-Early Polls 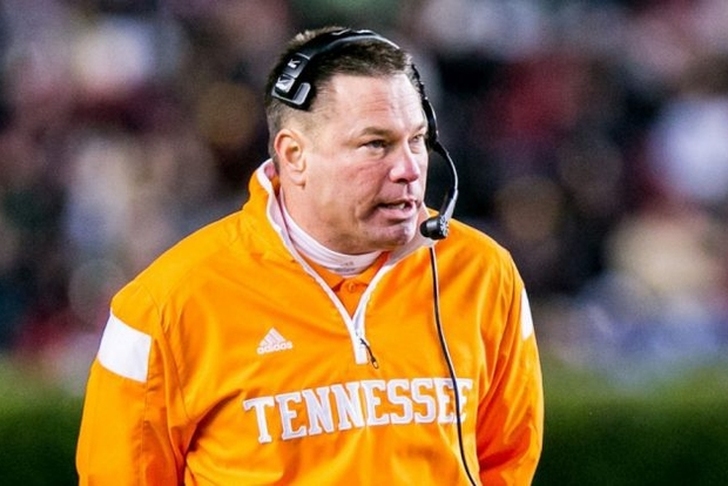 The Tennessee Volunteers fell short of expectations with a 9-4 record in 2016, but it did mark the second straight season of at least nine wins for this program. Despite some roster turnover at key positions, they are expected to be one of the better teams in the country again in 2017. Here's how they rank in the way-too-early top 25 polls published by major publications:

Chat Sports
Ranking: 18
Breakdown: "Tennessee is coming off off back-to-back nine-win seasons, but have to replace several big names in quarterback Josh Dobbs and defensive end Cam Sutton. This will be a year of turnover for the Vols, and Butch Jones has recruited well enough to give them the talent to continue to do well."

USA Today
Ranking: 18
Breakdown: "But the Volunteers aren’t far behind. Much depends on finding a capable successor to quarterback Josh Dobbs and locating the sort of consistency needed to go from top-25 team to Playoff contender."

CBS
Ranking: 22
Breakdown: "There have been massive losses, but the SEC East continues to be in flux. That means the Vols will continue to be a factor after back-to-back nine-win seasons. There will be a new quarterback (either Quinten Dormady or Jarrett Guarantano) and a new play caller (still undetermined after the loss of Mike Debord)."

FOX
Ranking: 22
Breakdown: "The post-Josh Dobbs era begins for the Vols. In addition to figuring out a new quarterback they must replace star RB Alvin Kamara. But Butch Jones has recruited well at those spots and will have a veteran O-line. Star DEs Derek Barnett and Corey Vereen are gone, but LBs Darrin Kirkland Jr. and Colton Jumper, S Todd Kelly Jr. and DT Kendal Vickers return. Tennessee also gets back injured DL Shy Tuttle."