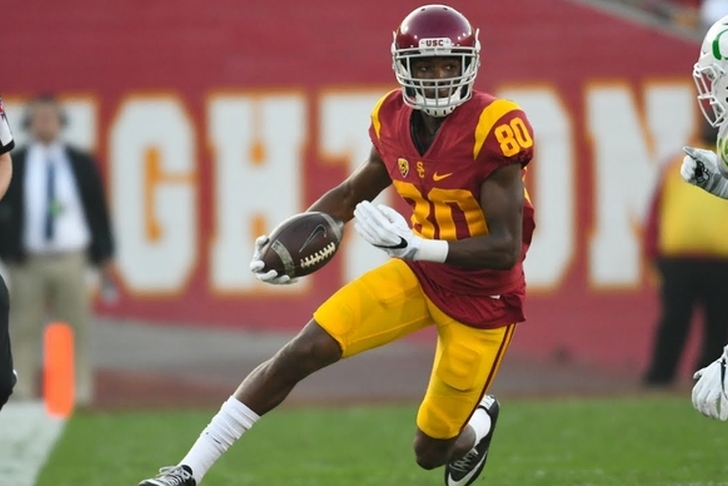 The 2018 NFL Draft is complete and the Tennessee Titans have already landed a few coveted undrafted free agents. NFL teams start trying to sign these UDFAs the second the draft ends but most moves become official this week.

We have every player the Titans have signed below.

It's a large group for the Titans, who are hoping to fill some holes on their roster.

Perhaps the most notable player on the list is USC wide receiver Deontay Burnett, who was Sam Darnold's favorite target on the Trojans and showcased reliable hands throughout his collegiate career. However, he's inconsistent with his route running and isn't an overly explosive athlete, and as such, he struggles to create separation at times.

Another key pickup is Iowa running back Akrum Wadley who should compete for a roster spot in camp as a reliable pass-catcher out of the backfield and a versatile runner who is very capable in the open field.