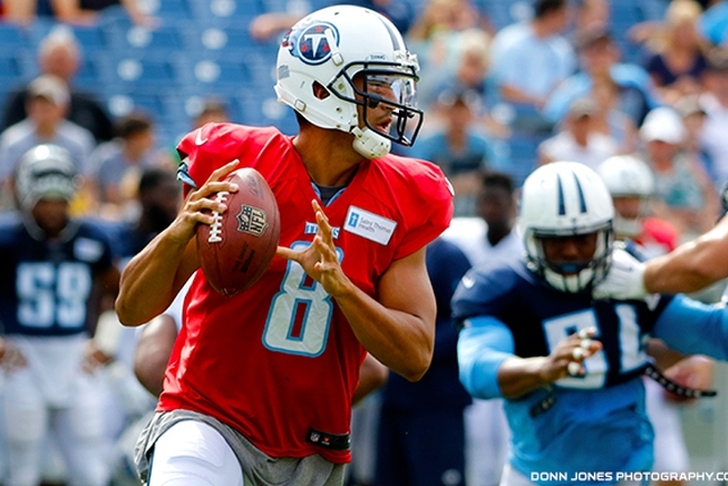 It's a new era for Tennessee Titans football after a franchise-altering 2015 NFL Draft, with plenty of compelling things happening daily on the team's journey through the offseason towards a pivotal regular season. Here are three things we've learned about them so far in training camp:

Mariota has been on point all training camp long, dazzling coaches and teammates alike with a sense of poise in the pocket that belies his years.. He has the athleticism, arm strength and accuracy to jumpstart the Titans' rebuilding process in year. This week will be another critical one for him to get the reps necessary to make that happen. Oh yeah. There's the fact that he hasn't thrown a pick in the first EIGHT practices of this year's camp. Can he keep the defense-infuriating streak going?

Dorial Green-Beckham getting some snaps with the first team

The Titans took a flyer on the former Missouri/Oklahoma receiver Dorial Green-Beckham on Monday, despite a laundry list of off-field issues that ultimately led to his dismissal from Mizzou. The kid's got first-round talent and could end up be THE steal of the undrafted free agent pool, but it'll be interesting to see if he's mature enough to put his undeniable athletic gifts to good use.

Bishop Sankey becoming a true No. 1 running back?

The easiest way to ease in a rookie quarterback is to have a reliable running game, and Sankey gives the Titans the best shot at supplying that for Mariota. He wasn't a game-breaker in his rookie season, but Tennessee needs him to take the next step if they want to compete for the postseason.

Follow our Tennessee Titans team page for the latest Titans news and rumors!