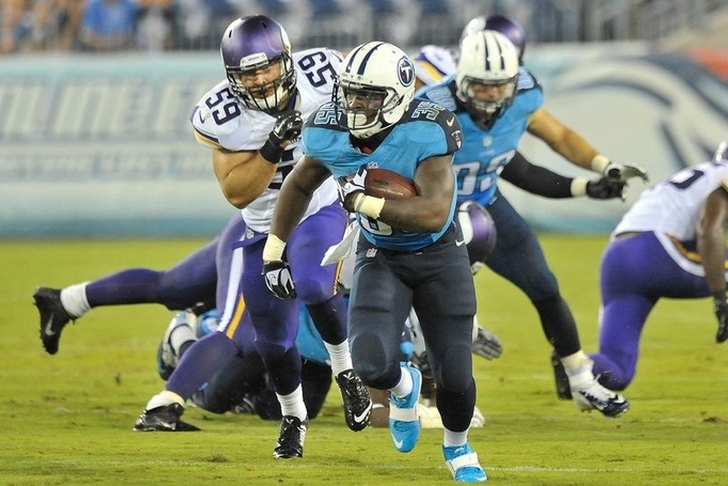 The Tennessee Titans won't be making the playoffs this season. At 3-10, the Titans have already been eliminated from playoff contention and fired their head coach. That means attention is now turning to the offseason and what the Titans need to do to have more success next year.

With the season essentially over for Tennessee, we're here to highlight the Titans' team needs. The Titans are still rebuilding, although they have a great piece in QB Marcus Mariota. The Titans still have a ton of needs to address in free agency and the draft. The Titans have plenty of cap space as well, with over $20 million in money to spend next season. That doesn't include the likely rise in the salary cap. Although fans might want a new coach, general manager, owner or whatever, I'm only detailing positional needs here. With all that in mind, here are the Titans 2016 Team Needs:

1. Offensive Tackle
Taylor Lewan played well this season, and he should be the team's long-term left tackle. However, the team needs to find a RT. Jeremiah Poutasi and Byron Bell is better at guard (and he's still not that good). The team needs a new right tackle and could spend a high pick on one.

2. Nose Guard
Al Woods and Sammie Lee Hill are a solid starting and backup combo at nose guard, but both are free agents. The Titans should resign both this offseason. Do that, and this isn't a need at all.

3. Cornerback
Getting Jason McCourty back will solve the issue at one starting position. Coty Sensabaugh has been inconsistent and likely isn't best as a starter. Plus, he's a free agent. The team needs to add depth and a new starter. Spending a draft pick or even two is a possibility.

4. Safety
Da'Norris Searcy can hold down one safety spot, but the team could cut Michael Griffin. He's aging, regressing and has a hefty cap hit. At the very least, a future replacement for Griffin is needed. If he's cut, a new starter must be found. Adding some depth woudn't hurt either.

5. Running Back
The Titans had serious issues running the ball. Bishop Sankey (who I thought was going to be pretty good) is looking like a bust. Antonio Andrews hasn't been a bit better, but is a free agent. Spending a draft pick on a young, speedy RB would make sense.

6. Guard
Chance Warmack has improved in recent weeks, which is a promising sign. Bell can start, but he's also a free agent. The same is true of backup Joe Looney. At the very least, the Titans need to resign Bell and and some depth.

7. Center
Neith Andy Gallik or the injured Brian Schwenke have been very good this season. Finding a replacement would be smart.