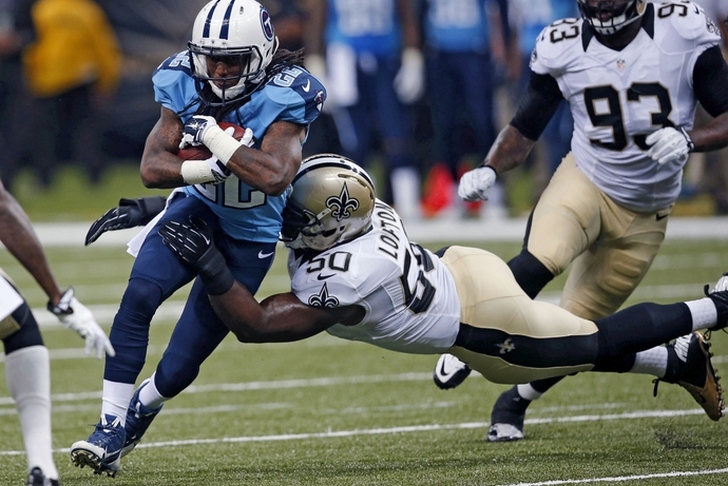 The Tennessee Titans were eliminated from the playoffs Sunday and are now without two contributors for the rest of the year. The team announced Monday that both OLB Derrick Morgan and RB Dexter McCluster are out for the year with season ending injuries.

Morgan needs surgery on his shoulder. He was the team's starting OLB across from Brian Orkapo. A first round pick by the Titans in 2010, Morgan had 4.5 sacks this season, two short of matching his career high. He'd also forced one fumble.

McCluster broke his wrist Sunday. He was the team's go-to third down back and return specialist. He carried the ball 55 times this season for 247 yards and a TD. He also caught 31 passes for 260 yards and score. The bulk of his damage came on special teams; he had 502 yards on kick and punt returns. He was an All-Pro returner in 2013.

McCluster signed a 3-year, $9 million contract with the Titans before the 2014 season. Morgan signed a 4-year, $27 million deal with the team before the start of this season.