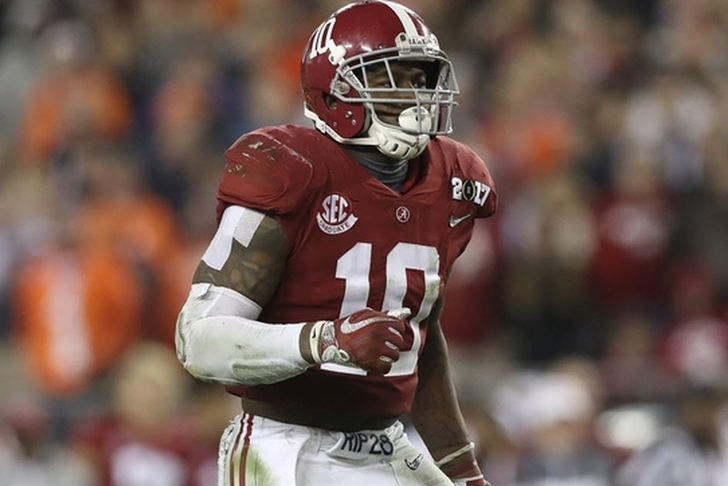 The Tennessee Titans hold both the No. 5 and No. 18 picks in the first round of the upcoming NFL Draft, giving them two early opportunities to draft impact players that will be expected to contribute immediately.

Many expect them to take a wide receiver with one of those picks, but ESPN's Mel Kiper Jr. doesn't necessarily think that's the course Tennessee should take.

In his new "Grade-A" mock draft, where he makes the picks for every team based on who he thinks is the best available player and best fit instead of projecting picks based on what he's hearing from teams, Kiper has the Titans taking Alabama LB Reuben Foster and CB Marlon Humphrey in the first round.

Tennessee has two first-round picks after trading down from No. 1 with the Rams last year, but the Titans traded back up with Cleveland and lost their second-round pick in 2018. That means they have a huge gap after picking No. 18. I think the Titans have three clear needs: cornerback, wide receiver and inside linebacker. I don't have a corner or receiver in my top five, but I do have Foster ranked that high. He's that good, an every-down linebacker with elite range. Tennessee just released Jason McCourty, and Humphrey could step in and start immediately.

Kiper does have Tennessee addressing their receiver needs with their two third-round picks in this mock draft, giving them UNC wideout Mack Hollins with the No. 83 pick and Virginia Tech tight end Bucky Hodges with the No. 100 pick.

Foster had 115 tackles with 13 tackles for loss and five sacks last season while Humphrey had 36 tackles, two interceptions and five pass breakups.